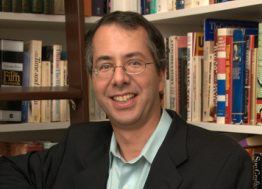 My humorous science fiction short story appeared in the Nov./Dec. 2015 issue of the Magazine of Fantasy & Science Fiction and was reprinted (in translation ) in Israel's Tenth Dimension magazine. My ghost story, "Wooden Kayak," received Honorable Mention in Fiction in the 2016 Marblehead Festival of the Arts (and appears in the Feb. 2021 issue of Spaceports & Spidersilk Magazine) and “Empty Nights” won Best of Show for fiction in 2019. (I also have a so-called real job for which I have written hundreds of nonfiction and opinion articles.) I now live outside Boston with my wife and children and our dog, Taxi.

My writing has been described by editors as having "great energy, good jokes, and obvious timeliness," "a great sense of wordplay," "smart and original," "not suitable for our needs at this time," and "try us again next time." One reviewer described a story of mine as being "nothing more than a medium to pack as many science jokes a possible into 2000 words." (Kids, don't try that at home.) Another review said my story, "reminds me of a Big Bang Theory episode on steroids." (That was meant as a compliment, not as an endorsement of juiced-up fiction.) I am also proud that an article I wrote in 1998 for the Philadelphia Inquirer was ranked No. 8th most popular of the day at a time when far fewer people were accessing articles on the Internet (so I don't know how they were able to rank popularity back then.) A piece I edited, “Sleep Tips from a 90-Year-Old Insomniac” by Naomi Birnbach was named one of "Rumpus Staff Favorites 2020" by Elissa Bassist, Funny Women editor at The Rumpus.